Remote work experts from innovative SMEs and enterprise across live, virtual and hybrid stages were presenting in Montreal.

Learn the key strategies and technologies to recruit, manage and scale your remote/hybrid team effectively.

Build a cohesive, vibrant and happy team culture, so that both your hybrid & remote team members feel equally valued and nurtured.

During hyper-growth, a remote company faces communication problems, slower decision-making, and a loss of the agility they had at an earlier stage.

Does your company need to hire a Head of Remote? Understand issues related to remote work to consider what’s best for your business.

Optimize your leadership in the “new normal” — what does good look like?

Discover more in our library 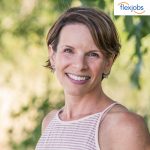 Darren MuprhHead of Remote | Gitlab
Read More
Running Remote conference is all about meeting smart, kind people across remote and workplace sectors and having real conversations with them. I formed and strengthened a lot of relationships that will edify me (and hopefully them!) for years to come. 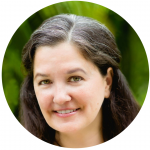 Morgan LeggeOperations | Convert
Read More
This event is absolutely critical for any organization's remote/hybrid/asynchronous work toolbox -- for contributors at every level. At RR you're not just learning tips and tricks -- you're probing deeper to understand the why and how behind organizational change. Plus the networking is amazing!
Previous
Next
Play
Play
Play
Play
Access full sessions library

Looking for recordings from this event?

Our library has everything you need to continue navigating the remote workspace – from this and all previous events. We’ve had the expertise of 300+ professionals shared on our stages, resulting in over 175 sessions worth of excellent and exclusive content. Our library has all of these recordings.

At Convert, we’re always optimizing for a better product, a better planet, and a better way to work. To keep it brief — we do good work. The kind of work we’re proud to tell our families about. The kind of work that makes the world better—in big, and small ways.

That means giving discounts to nonprofits, and supporting community initiatives. It means actively working towards gender equality, and moving towards being 100x Carbon Positive. It means taking every step possible to protect your data. And it means putting the extra time into helping your company get its 1st, or 100th, test right. At Convert, we are working hard—to create software and partnerships, that will help us all move forward. A better world is possible. Let’s test it!

BreakoutIQ believes there are many ways to encourage meaningful interactions between people.

Their approach is to design interactive experiences where groups practice creative problem solving and play together in pursuit of a common goal.

They strive to have teams come away with a shared, common experience that’s not only fun and memorable, but also a building block towards establishing strong relationships and mutual understanding.

BreakoutIQ's journey began by designing what became the top-rated portable, large group escape room. On the surface, teams are solving a fun mystery, but “under the hood” they’re also exploring team dynamics on many different levels – problem solving strategy, communication, self organization, and role setting, to name a few.

They’ve followed up our flagship escape activity with enhanced versions of some familiar activities – a custom trivia activity that focuses on sparking discussion and debate rather than emphasizing obscure knowledge, and scavenger hunts that mix light-hearted exploration with puzzling challenges.

BreakoutIQ is based in both the San Francisco Bay Area and the New York Tri-state Area, and has staged events and activities for 20,000+ people across 750+ events since 2016. We continue to look for ways to better connect people through engaging and playful experiences!

Since 2006, X-Team has provided trusted, motivated developers to companies looking to scale their teams.

Spanning three continents, their core leadership team oversees the teams that attract and motivate their extraordinary developers. This team works tirelessly to help our developers grow more each day, and have built one of the strongest cultures in the development industry.

Put simply: this is a team from the future.

Loop Team is a virtual office that brings the best parts of working in an office to distributed teams to help them communicate faster, capture and disseminate face-to-face discussions, and stay more connected than ever.

In 2018, Product Hunt launched their very first Makers Festival. It was Thanksgiving weekend, and YAC team had no idea what would come out of it. However, after a few sleepless nights, they submitted their project and hoped for the best. YAC, originally named, "Yelling Across Cubicles" was created as a walkie-talkie for Mac to win a hackathon in November of 2018. $1.5M raised, 3,000 team signups, and a handful of employees later, Yac is poised to revolutionize the future of work.

YAC is a byproduct of our partially remote, design and development agency based out of Orlando called SoFriendly. So, while it did come out of a desire to help remote teams feel more connected, the team actually started by scratching their own itch. The company has employees all around the world and they found that they felt more connected to employees using voice chat versus just text alone. Their designers and developers felt awkward on camera but didn’t get enough human connection through text. So they invented a way to have a happy medium between a Slack message and a Zoom call.
The response was unreal. The day of the results, they were in Product Hunt’s morning newsletter, on the blog, tweeted out, and posted on Facebook. They had won. Demand for the product skyrocketed and vaulted YAC to new heights. They immediately started working on an update to the app. The team at SoFriendly wasn’t just an agency with a hackathon project anymore, they were quickly moving into a standalone startup with a product to sell. Early beta users for YAC had included CVS, Bleacher Report, Hubspot, Mailchimp, Invision, CBS, and many more. They quickly threw together a pitch deck with all the new data, a plan for the future, and a complete redesign of the UI. Since Makers Festival, they’ve pivoted away from real time calling into asynchronous voice, rebranded and relaunched the website, incorporated via Stripe Atlas, and closed a pre-seed round of investment led by BoostVC, Betaworks, and Earnest Capital.
They are now developing for Mac, PC, and Linux with a mobile extension of the app in partnership with Bose.

RemoteTeam.com is an all-in-one, comprehensive HR management platform that is built to act as an OS system for your remote employees. They are taking the pain out of paying and managing your remote employees around the world.
RemoteTeam.com is like Gusto or Zenefits, but for remote companies. Their remote tool helps remote companies to simplify payroll, Time Off policies, Tax compliance, Team management, Document creation and signage, reimbursements, and deductions among others. And we are adding new features every day.

RemoteTeam features include:
Payroll - automated payroll that enables remote teams to handle compensation, deductions, additional earnings, and time offs. Payroll is synced with productivity tools and payment platforms to help companies run a complete payroll system.
Time off - seamlessly create and manage time off policies, including sick leaves, holidays, PTOs, and vacation requests - all synced with payroll.
Tax Compliance - streamlines the entire W-8BEN, W-8BEN-E, W9, 1099 Misc process with digital tax form collection for US companies.
Document Handling - create NDAs using templates, request employees to sign, and track document handling for all employees.
Reimbursement - allow employees to create reimbursement requests for the expenses they make on work-related stuff and reimburse them with a payment option of your choice.
Holidays - get to know all the holidays that your remote employees have in their respective countries. Messages are sent automatically to the team whenever a member is celebrating a holiday. Whether it’s a cultural or political holiday, this helps the entire team to learn about other employees’ culture or nation.
Inventory - manage your remote company’s inventory, assign inventory handling to remote employees, and monitor times of replenishing inventory.
Team app -One dashboard for remote companies to manage employees, assign managers, and create reporting hierarchy.
Payments integration - RemoteTeam is integrated with Transferwise and Payoneer to help remote companies seamlessly pay employees.
ACH payments: For US companies that would love to pay through their bank account, our ACH payments integration is here to help. Through our ACH payments platform, you can pay employees in over 220 locations worldwide using your local bank accounts.

RemoteTeam.com is built by a remote team as well. Company's CEO Sahin Boydas has moved to Silicon Valley 8 years ago after juggling with a few startups in Istanbul. Through these years, all his startups have all been run on 100% remote teams.

SaaStock is a global community of software as a service (SaaS) founders, executives, and investors. Their mission is to help SaaS companies to gain traction, grow, and scale. They achieve this by bringing the leaders of SaaS together at their annual conferences in Europe, North America, Latin America, and APAC.
SaaStock was founded by Alexa Theuma on a simple belief: When the SaaS community comes together, the result is collective improvement. That’s why SaaStock events connect key players in the world of SaaS, by serving as a platform for learning, networking, demos, and investments. The premier 3-day SaaStock conference occurs annually in Dublin, Ireland. It attracts 3000+ attendees, all in the business of growing and scaling B2B SaaS companies.The conference includes satellite events such as:

1. SaaS.City - A series of SaaS management bootcamps.
2. InvestStock - An investor-only, content and networking event.
3. Startup Programme - An opportunity for startups to showcase products, connect with investors, and accelerate their growth.
4. Global Pitch Competition - A hunt to find the year’s “Best SaaS Startup” with a $25,000 grand prize.

Dynamite Jobs: Where Bootstrappers and Startups Hire Remotely
Dynamite Jobs posts hundreds of new remote jobs each week from bootstrapping companies and start-ups. Each job is vetted to ensure it’s remote, paid, and still open to applications.
Filter and narrow the thousands of open remote jobs to find your dream career. Want to contacted directly by hiring managers? Create a profile on the site to receive messages from companies actively recruiting. 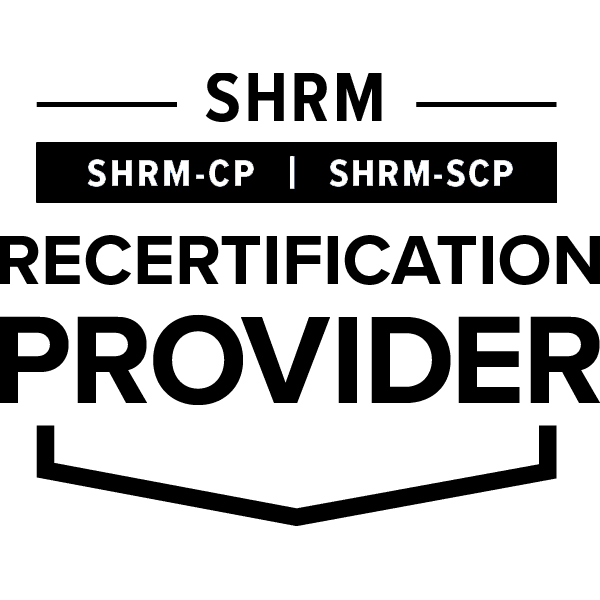 If you've purchased a ticket, but you no longer attend in-person, you have the following options: